We'd have a shack 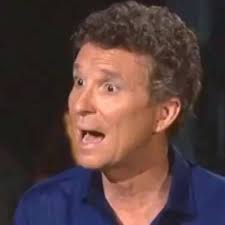 is known for answering "Ah" on a confused tone whenever he hears something unexpected[1]. In 2010, during an episode of a french reality TV show called Koh-Lanta

, in which contestants try to survive as long as possible on a deserted island, the following conversation happened between Denis Brogniard and one of the contestants:

Which, once translated in english, might be funnier to you:

- What else would this team had accomplished if you had more than one male contestant… Laurence?
- Well, for a start, we'd have a shack.
- Ah.

The absurdity of the contestant's answer, the genuine spontaneity of Denis Brogniart's "Ah", combined with his facial expression as he says it, gave this moment strong meme potential. Here's a short video of this scene - in french obviously:

It is only around 2017 that this meme became popular in french circles, thanks to a series of video remixes.

In response to the popularity of this video, Denis Brogniart was interviewed, and admitted that he finds the popularity of his "Ah" enjoyable and funny[2]. Good news, as it is always better to laugh with someone rather than laughing at them. Below is the interview - in french - along with a few remixes of his "Ah" afterwards:

If you want to create your own media involving Denis Brogniart's "Ah", you can use the image template and green screen video below: 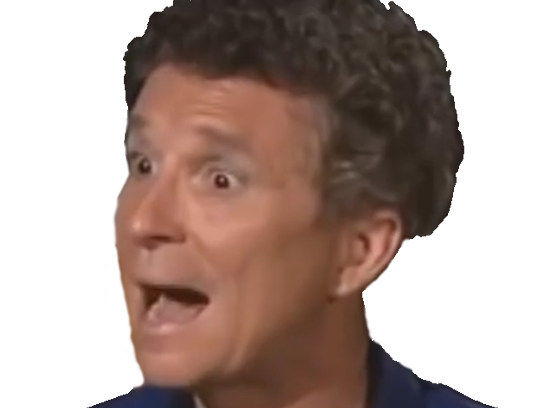 Click on an image to see it in its original size.

Just the "Ah"
NyAHn cAHt
Epic sAHx guy
We are number AH
The song name is Sandstorm, by Darude

[1] Denis Brogniart as a meme

[2] Denis Brogniart talks about his Ah!