August 2019 began tragically in the United States of America, with a deadly mass shooting in El Paso

, followed by another one in Dayton

. As both involved assault weapons

, the topic of gun control became a major talking point.

The official response to both shootings amounted to nothing more than thoughts and prayers, leading to many people complaining that more similar shootings would inevitably happen if nothing changed.

complained on Twitter that people blurring the debate by arguing about the exact definition of an assault weapon were part of the problem[1].

In response, William McNabb, another Twitter user, replied in the following way[2]: 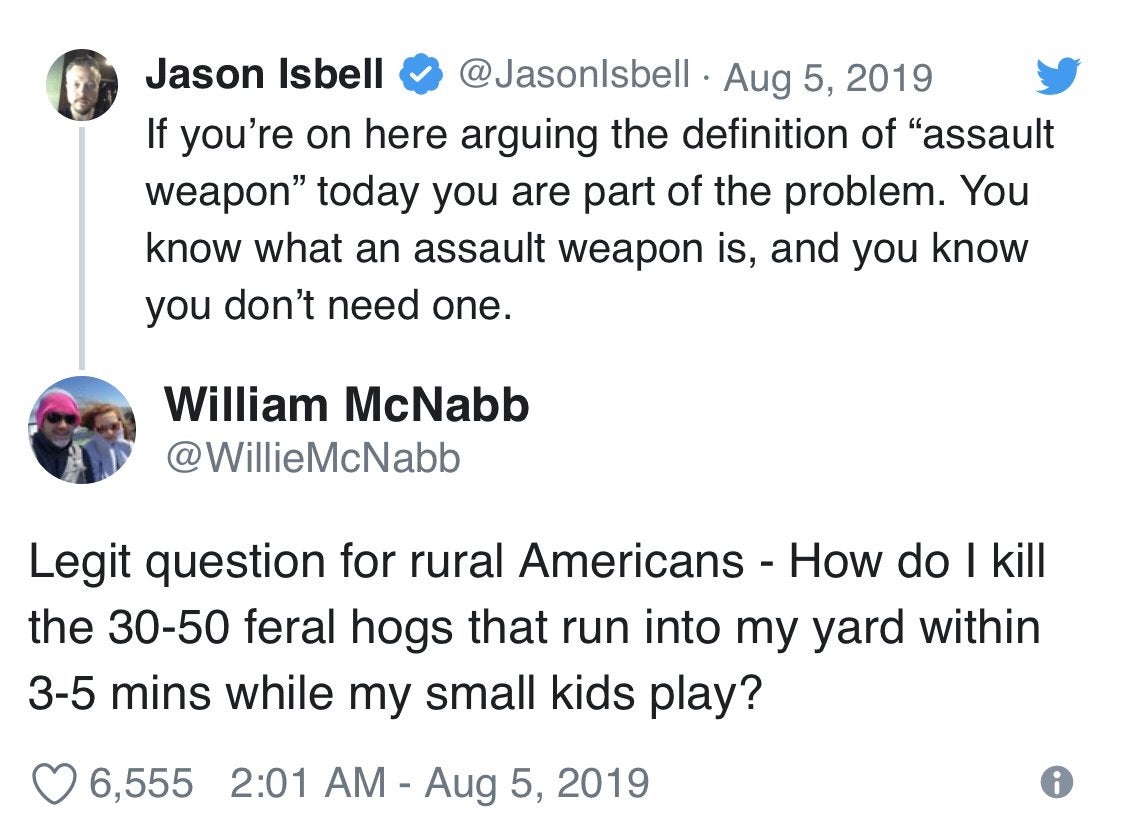 This bad faith argument got mocked by a lot of Twitter users, quickly spreading to other websites and turning into an instant meme[3]. For a short while, all the Internet could talk about was 30-50 feral hogs[4].

Was he wrong though?

Sure, McNabb's argument was in extreme bad faith, and he deserved to be mocked for the way he was derailing the gun control debate after people had died in mass shootings. But… could he have a point?

As it turns out, feral hogs are a legitimate issue in some regions of the USA[5]. Their population is growing fast[6], and they are causing massive damages[7]. Their cost on agricultural lands alone is estimated at 2.5 billion dollars for the year of 2019[8].

While McNabb was totally out of line, his point of view should be analyzed in the context of the feral hogs issue, which got so bad in the state of Texas that a law was passed which allowed hunters to use assault weapons in order to shoot at feral hogs from helicopters[9].

Although a seemingly absurd hunting method, it could make sense to try literally anything given that we know of no efficient contraceptive method to slow down the growth of feral hog populations[10]. However, other states have experimented with hunting wild hogs before and came to the conclusion that mass hunting does nothing to slow down their population growth, which makes the method as inhumane as it seems[11].

Was McNabb wrong to make his point in this specific context? For sure. To want to hunt feral hogs with assault weapons? Absolutely, it's overkill. To think that feral hogs are a legitimate threat worthy of being scared for his children's life? Maybe he does have a point there. Wrong place wrong time to make it though.

A variation of the navy seal copypasta was made on the theme of 30-50 feral hogs. Feel free to use it whenever you want to mock people who defend the usage of assault weapons in absurd or irreverent contexts.

It contains a solid amount of swear words and a very aggressive tone which might make it NSFW. 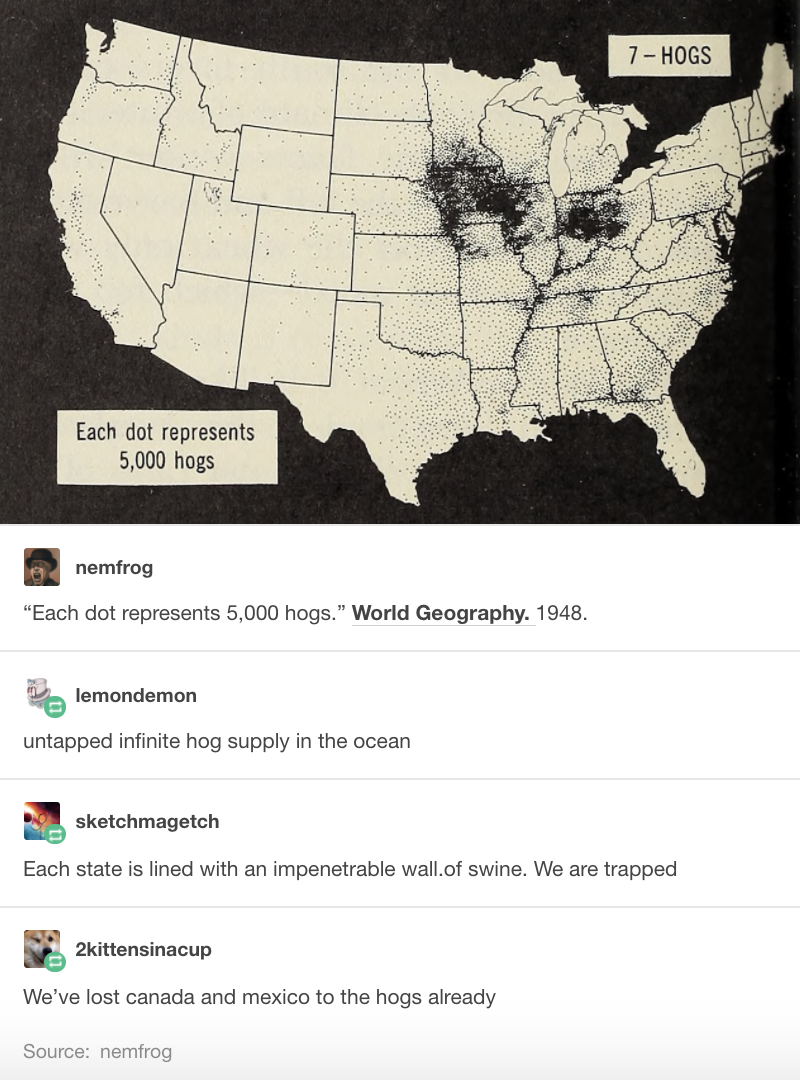 A warning about feral hogs from 1948 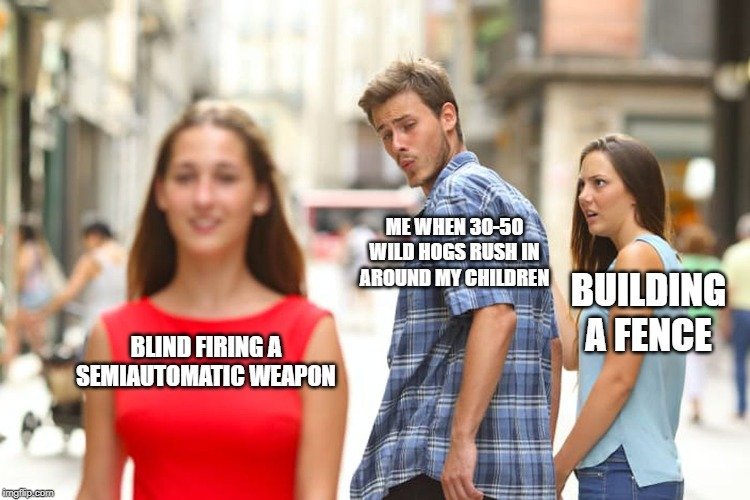 Distracted boyfriend with some common sense 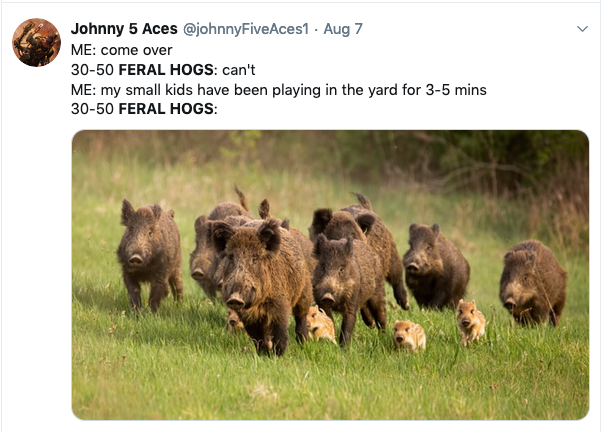 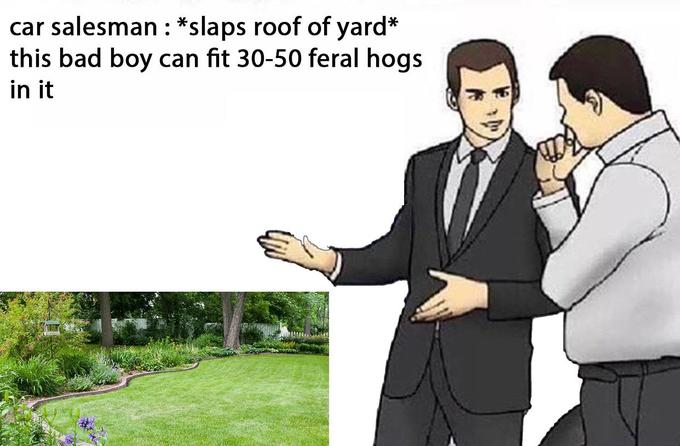 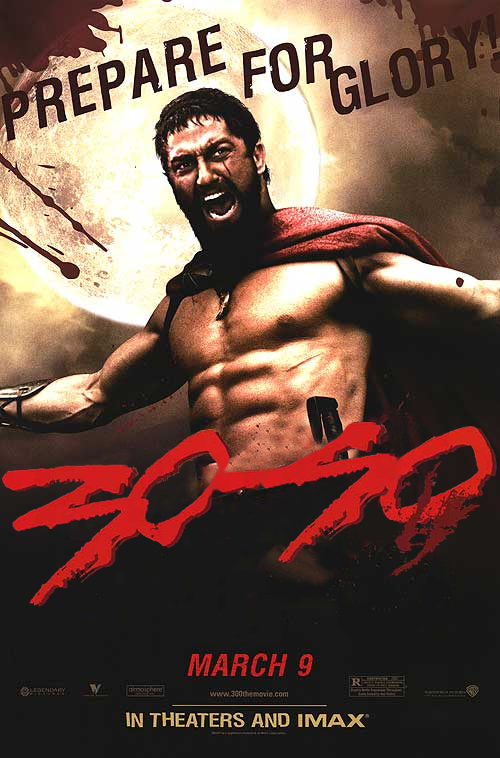 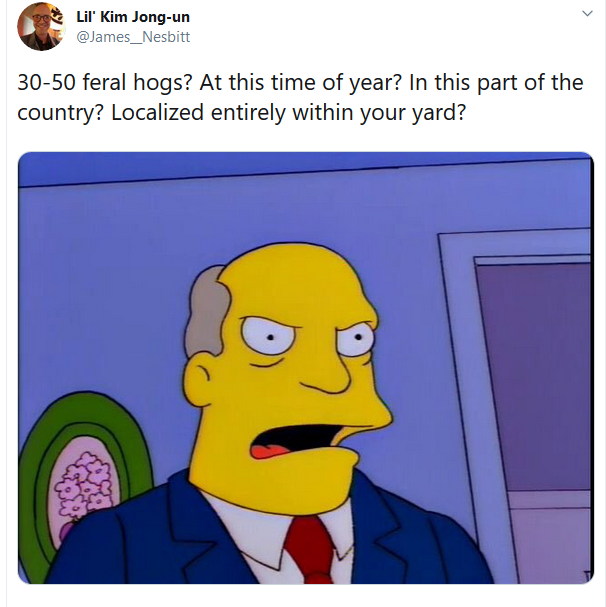 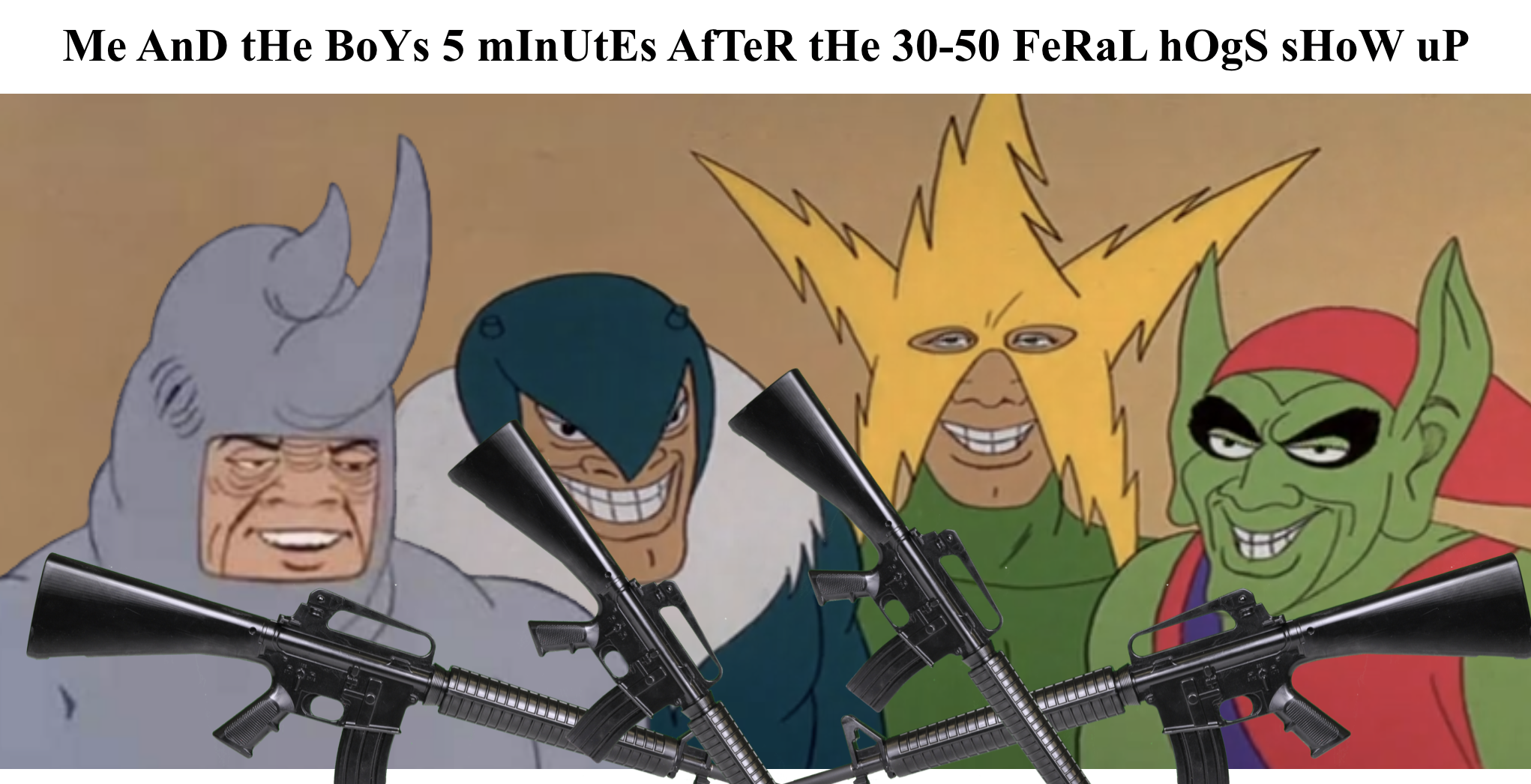 Me and the hogs

[7] What about the 30-50 feral hogs? Man's defense of assault weapons goes viral

on The Texas Tribune.

[10] An Evaluation of Contraceptive Viability in Wild Pig Management

by Lauren Hildreth for the Missouri Department of Conservation.